Franklin wrote: “I had chosen to teach at the gymnasium and business/commercial high school [in Topolcany] because of a newspaper article I read one bleak fall day in Munich.

“In my hotel room, I was relaxing while on holiday, and was pouring over the news when I saw a major story on there being the largest political demonstration in Prague since 1968.

“It was then November 1989. I had just come down south from climbing on the Berlin Wall in the heady first days when it was open. As there were no hostel beds available anywhere, I had had to leave town.

“Couldn`t find any space on trains eastbound. So I was in Munich. It hit me that Prague was the story of the moment, so I grabbed a train and headed over. From the station, many were heading toward Wenceslas Square, to the sea of calm protesters. And it was there I remained for four days, ignoring the sights and cultural offerings.

“Worried about missing out on the mountains, which I`d really missed while at sea in the hot Caribbean Sea, I stood in a long line at the bus station in Prague, looking up at the departures list and trying to find any bus to take me to the Tatry Mountains.

“I boarded a bus soon after and people sat in silence or quiet conversation. And it stayed like that until suddenly as the day grew dark, the bus driver turned up the radio volume to a news broadcast. “Passengers listened intently, leaning into the aisles. Someone nearby explained that the government had dissolved itself and it appeared that Havel would step in as the interim leader. There was much quiet discussion aboard that bus as we rumbled away from that historic scene in Wenceslas Square.

“It was with that in mind that I chose to teach somewhere in Slovakia, and a shipmate suggested his own hometown, which I accepted.”

Allan Stevo writes on Slovak culture at www.52inSk.com … he wrote this: After reading this note from Franklin, I started to wonder how it felt to be a Czech or a Slovak passenger on that bus.

If you loved the regime there must have been a sense of fear for the future, a sadness over the stupidity of the masses and what they were now doing to a government in which you were a true believer.

Among those who were the regime’s opponents, likely there was a different sense for those events. Eventually, there was a sense of hope for the future among some – something great might now come to this corner of the world – but that first moment that the government dissolved, even some of the governments most ardent dissidents must have felt a sense of worry.

There was now to be great uncertainty for everyone, after decades of hearing of the invincibility of the regime. Now, the dissident could no longer be just an ardent dissident. Now the dissident had to BUILD SOMETHING POSITIVE or fade into obscurity as an opponent, a bar room squawker, incapable of building anything when given a chance.

After any great change, so many are left asking “now what?” and the ones who are in a position to adapt and proceed are the ones left to run the world around themselves. “Correctness” of opinion has nothing to do with who seizes the reigns of power after the dust settles following a revolution. In Czechoslovakia the great communists suddenly became the great capitalists – skilled at the mechanics of whatever social system was in place, they quickly transitioned.

before considered – what was it like to be on that bus and to hear for that first moment that the regime had fallen? What did it feel like for a Czech or Slovak that very first moment you heard that news? Joy, victory, sadness, dread, self-importance, doubt, faith, hope, uncertainty, certainty?

Allan Stevo is from Chicago and spends most of his time travelling Europe and writing. You can find more of his writing at www.AllanStevo.com.   You can sign up for emails on Slovak culture from 52 Weeks in Slovakia. 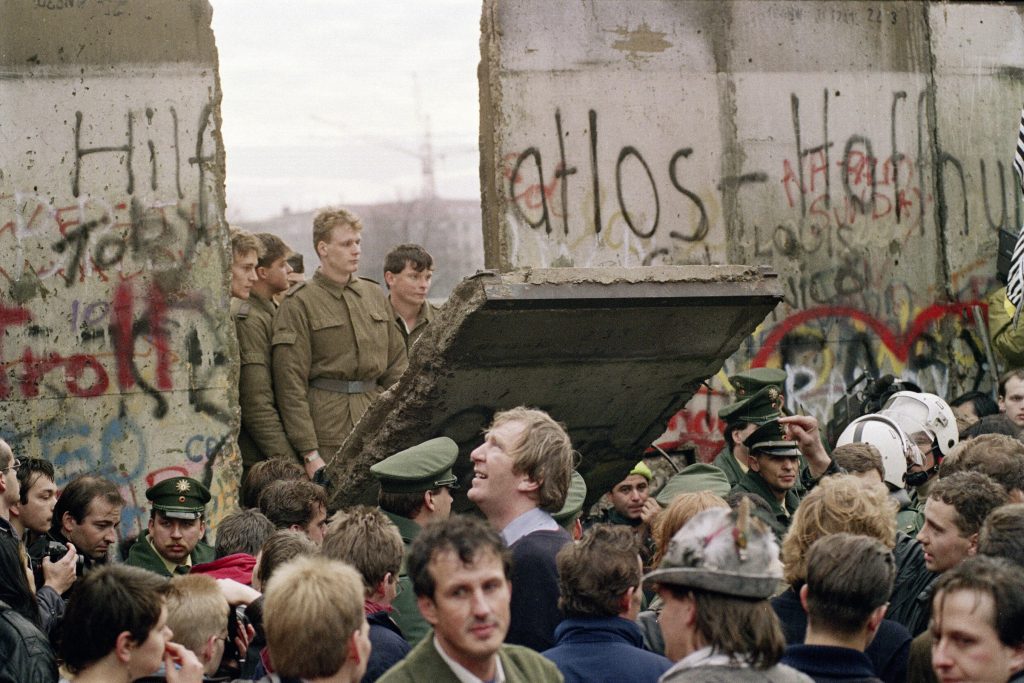