…Well, I’m stuck here gents, in the last Starbucks at the World’s End. I’m drinking hallucinogenic brandy in my cappuccino.

This is a very strange posting indeed.

God, I’m bored. Just me, Starbucks, hallucinogenic brandy and these snow-capped mountains. I’m thousands of miles away from anywhere anybody’s ever heard of. Borjomi!

Yep, I’ve never heard of it either.

The Devil’s icy breath comes down off these once-Russian mountains like bony ectoplasm at this time of year. It can be 35 below on a mild day. You have to wear goggles to go outside.

I’m too old for this, Jim, Harry and Batman –  twenty five years on the road for the Red Tops has taken its toll. But I miss you all…  I wish I was back there.

It’s no use giving you my exact location, I know you won’t write and i’m not sure where I am anyway. I really am out in the sticks this time. It’s the sort of place they send you when you can’t get up in the morning because of the booze.

That used to be a tabloid problem, didn’t it?

Hahah … I remember you, Jim Price. 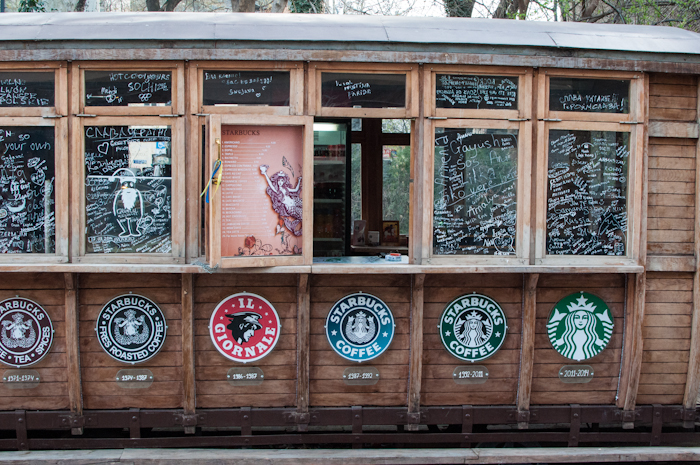 Well, let’s take an underground trip down Media Memory Lane, into the murky world of the Crusader Club at the back of the Express Building on Great Ancoats Street, Manchester …

… stairs black as ink, rubbery swing doors. And here we are. All four of us, at the beer-stained table on the left…

That’s me, Harry Pugh is next to me – he’s desperate to bask in the dubious glory of his centre spread ‘interview’ with the Pope. But tonight Jim and Batman are at the centre of our attention.

Jim’s family lives in North Wales while Jim lives, four nights a week, in a dingy bedsit in the toxic back streets of Cheetham Hill.

‘A pit in Coffin City,’ Jim says with a woefully Welsh smile: ‘Cheap you see, twenty five pounds a week, cockroaches thrown in.’

Cockroaches, a shaving mirror, a bedside table, a Westclock alarm with bells, a three-bar electric fire and that was what he had.

Tonight, Batman is standing unsteadily in the middle of our table. He’s got a bit of a wobble on. We ponder him soberly. Jim has patched him up with sticking plaster but his body is still split from crotch to eyeball.

‘I don’t know what to do, look at him… he’s become the Taped Crusader,’ Jim sighs and downs his umpteenth pint. He’s sweating heavily.

‘It’s too cheap where I am,’ Jim sighs again.

‘Sleep in the office,’ I say. (That sounds like luxury. I left my first wife three days ago and I’m sleeping in my car at the back of the Cheshire Cheese.)

‘Then drink a bit less,’ Harry says forlornly and sinks a large one. He tries to change the subject again. ‘Now, when the Pope looked me straight in the eyes and said…’

‘I need a few drinks to go back to that shit pit four nights a week,’ Jim sighs a bit too heavily and a button fires off his shirt.

‘Oh, look at Batman… what’m I going to tell the boy?’ Jim moans as he throws back a chaser.

You see, on the day Jim moved to Manchester as a staff man for the Daily Star, his young son gave him Batman to protect him. A token of a young boy’s love for his Dad.

And now Batman is in a bad way. His Bat Ears are gone.

Blue stains of Inkies slide by, smoking big cigars. This influx indicates the first edition has parked and there is a mass exodus of van men up the stairs. The ground above us begins to vibrate as the trucks rattle into life. 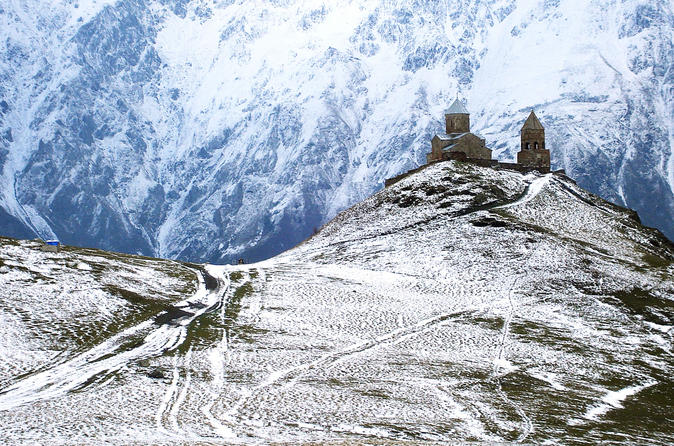 The problem with Batman, you see, is that Jim loves it down here in The Crusader. We all do. It’s our world beneath the gutter. It’s a funny world and we stay ’til three, four, in the morning, every morning.

We step out into the inky streets as the sun comes up in a gas mask.

Most of us could get by on three or four hours kip in those days. But Jim needed ten.

There he is, sleeping, a great white walrus in Y-fronts. He whinnies and moans as grey slides in through the cracked window. The wallpaper is a mass of gossamer webs and the air teems with the dust of dead men.

The Westclock ticks. Batman straddles the bells, facing the window and surveying Coffin City. The three bar electric fire below buzzes and fizzes like a neon sign in flames.

Jim’s bizarre morning ritual ticks ever closer. He turns in the graveyard of his dreams and lets out a long low moaning fart.

The minutes slip by – then its 9am! A new day! Birds twitter, a bronchitic lark spits, the alarm’s bells rattle hysterically.

Batman falls in a dying swan’s arc, swoops by the windows of the city, drops until he hits the chrome wire of the safety guard like it’s a trampoline, flips twice and plummets on to the filament. Great globs of him immediately begin to drip into the reflector.

Now it’s up to Jim. He has less than a second. His great white walrus lurches upright and howls: ‘Nooooo!’

He flounders from the bed and flips Batman into the air. They lie next to each other on the stained carpet, closer to a real burn-out every morning. Jim is breathing hard.

He has 36 minutes to get to work. But he lies there and begins to drift off again…

…Oh, how I wish… I was there, back in Manchester. But you can’t keep wishing your life away can you?

Actually, if the truth is known things are a bit hush-hush out here right now. Revolution in the air – semaphore in the sky. You know the kind of thing.

Well, the cappuccino is doing its job… I guess I must be seeing things. It’s a night whiter than light out there. A million angels are coming down.   I put on my goggles and step out into the night.