As new figures reveal we are all going to live longer, that old Victorian ethic of working ‘til you drop is becoming a sad fact of life.

While retirement was once seen as a time to relax and enjoy your last few years, soaring life expectancy means people will have at least two decades of active life ahead of them … and they will almost certainly need to get a job to fund staying alive.

Experts at Imperial College London say the average Briton who turns 65 in 2030  will still have a quarter of their life to look forward to. However, the   Government’s pension adviser has warned that we may have to work longer if immigration is cut in the wake of Brexit.

This will, of course, be on the back of increased retirement ages imposed in the last few years by the state.

John Cridland, a former CBI director, said the “Brexit Factor” has made the future of the state pension uncertain. The Government’s decision on pension changes, due in May, will in part be guided by Mr Cridland’s new report.

He says calculations reveal a “hard Brexit” in which migration is greatly reduced, could push up retirement ages, forcing people to work into their mid-70s.

But better lifestyles and healthcare should mean an extra 21 years’ retirement for men and another 23 for women. Men who reach 65 are expected to live to 86 while women of 65 will have a life expectancy of 88.

Study leader Professor Majid Ezzati, from the School of Public Health at Imperial, also said most people will soon live into their 90s.

He said. ‘Many people used to believe that 90 years is the upper limit for life expectancy, but this research suggests we will break the 90-year barrier.”

But the USA is predicted to have the lowest among high-income countries, 80 for boys and 83 for girls. The research also suggests the gap in life expectancy between women and men is closing.

Professor Ezzati said: ‘Men traditionally had unhealthier lifestyles. They smoked and drank more, and had more road traffic accidents and homicides. However as lifestyles become more similar between men and women, so does longevity.’

Caroline Abrahams, charity director at Age UK, said:  ‘An ageing society does bring with it specific requirements – for example, it means having health and social care systems which can cater for growing numbers of older people, some with multiple long-term conditions.”

And huge jumps in life expectancy have seen costs shoot up for the Treasury.

The last Labour government set out plans to steadily increase the state pension age to 68 for both men and women over the next four decades. The subsequent Coalition government made further tweaks to the timetable.

The age at which women qualify for the state pension is in the process of rising from 60 to 65 by November 2018, with the exact date depending on the month you were born.

And in a bit of a late warning for many of us, experts say our extended lifespans mean we need to take health seriously while we are younger. The extension is partly to be down to improvements in heart, stroke and cancer medicine.

But back pain, obesity, pneumonia and dementia mean many will spend a large portion of those extra years in poor health.

One thought on “Yes, we ARE living longer – but we will also have to work ‘til we drop”

'Muslim woman' who holds aloft US torch of liberty 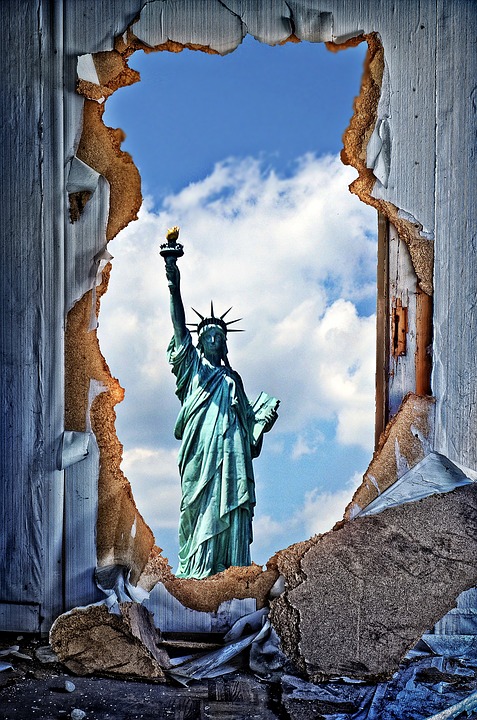