A mother who went on the run with her cancer-victim daughter to ‘stop doctors killing her’ says that she did what any good parent would do.

Kylee Dixon, of Wilsonville, was diagnosed with undifferentiated embryonal sarcoma in March 2018. Doctors recommended she underwent chemotherapy and surgery.

The teenager would die otherwise, they said.

But her mother, Christina, aged 35, believed the  treatments could actually be killing her and wanted to use herbs, vitamins and CBD instead. Kylee had also said that she didn’t not want to undergo surgery and wants to resume using CBD oil.

Christine went on the run with Kylee for a week last June. They  were found in Nevada and Kylee was put in  the custody of the state. Christina turned herself in in August.

The judge also granted Christina permission to quash an agreement she made that gave Oregon control over Kylee’s treatment.

Kylee had originally been taken to Providence Portland Medical Center in February 2018 in extreme pain. She was diagnosed a few weeks later with undifferentiated embryonal sarcoma, a rare liver cancer that mostly occurs in children.

Scientists are unsure of what causes the cancer, but know that the cancerous cells grow early in a foetus’s development. But it accounts for between two percent and 15 percent of all liver cancers, according to the National Cancer Institute.

“The best way I can describe it is like my kid was on death row,” Christine said. “Every single time – you literally feel your kid’s life getting taken away.”

After six months, she convinced doctors to discharge Kylee so she could take her home, which is when she began turning to alternative medicine.

But then Kylee and her mother failed to show up for a scheduled surgery and  Clackamas County Circuit Court issued a pickup order for Kylee and demanded she be placed in the custody of the Oregon Department of Human Services.

‘The mother has elected to treat the child’s cancer exclusively with CBD oil, which is not a medically recognized treatment for the disease with which child has been diagnosed,’ Clackamas County senior deputy district attorney Christine Landers wrote in court documents viewed by KGW 8.

‘It will have no efficacy in treating child’s cancer, and child’s medical team and specialists in paediatric oncology have stated that without further treatment child will die of the disease, which creates a risk of harm to the child.’

Dixon fled with her daughter. Seven days later they were found and Kylee was taken into care. Christine and her supporters called it ‘medical kidnapping’.

Christine said this in a recent social media post.: “I did what any good parent would have done, I stepped in and intervened and fought for my daughters life. Put it this way, if you knew your child’s life was hanging by a thin thread, and someone pulled a gun out and wanted to end your child’s life right in front of you, would you let them put the gun to your child’s head? If you had the opportunity to stop them from pulling the trigger, would you?

“So if I didn’t step in as a parent and save my Daughters life and just let her die in that POS hospital, with them pushing that 4th chemotherapy treatment way before the scheduled time and way before Kylee’s counts even had a fighting chance to survive, Kylee would have died with that 4th treatment, they would of not been able to resuscitate her!!
“Again I ask as a parent, where did I go wrong? I stopped them from harming my Daughter, I also asked for a second opinion and got completely attacked, hunted down at my home, lied about, was taken through an illegal court system just to get threatened and for the DA to threaten my life and my daughters life!

Then to get hunted down clear across the states, all because I knew my Daughter had a fighting chance to live now, that I got her out of that horrific hospital! And researched enough to find out the truth to save my daughters life!!!!

As my last post stated even though my child is alive, when that child gets taken away, and your entire life crumbles right before your eyes, the only way to cope is to start to mourn! I know some of you are reading this saying how the hell could you even think like that? But unless you’re going through this, don’t ever even try to compare yourself or your life to a parent that is absolutely dying inside and is shattered into 1 million pieces, because you never will understand, until your children are ripped apart from your arms, and then your children are ripped apart from each other!
Nearly four in 10 Americans believe alternative therapies on their own can cure cancer, despite a lack of scientific evidence, according to a 2018 survey from the American Society of Clinical Oncology.

And the American Cancer Society recommends using alternative treatments only as a complement to traditional methods.

5 thoughts on “You’d have done the same, says mum who went on run to stop doctors ‘killing daughter’”

Fri Nov 1 , 2019
As the Eve of All Hallows passes and the saints come marching in we re-publish the moving story of how Nick Cave says his son, Arthur, guides him from beyond the grave .. 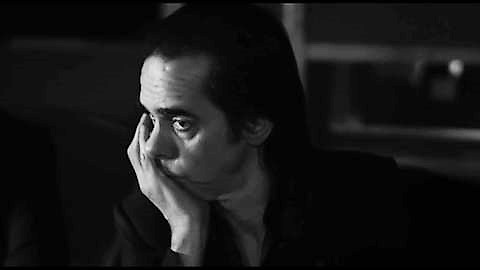